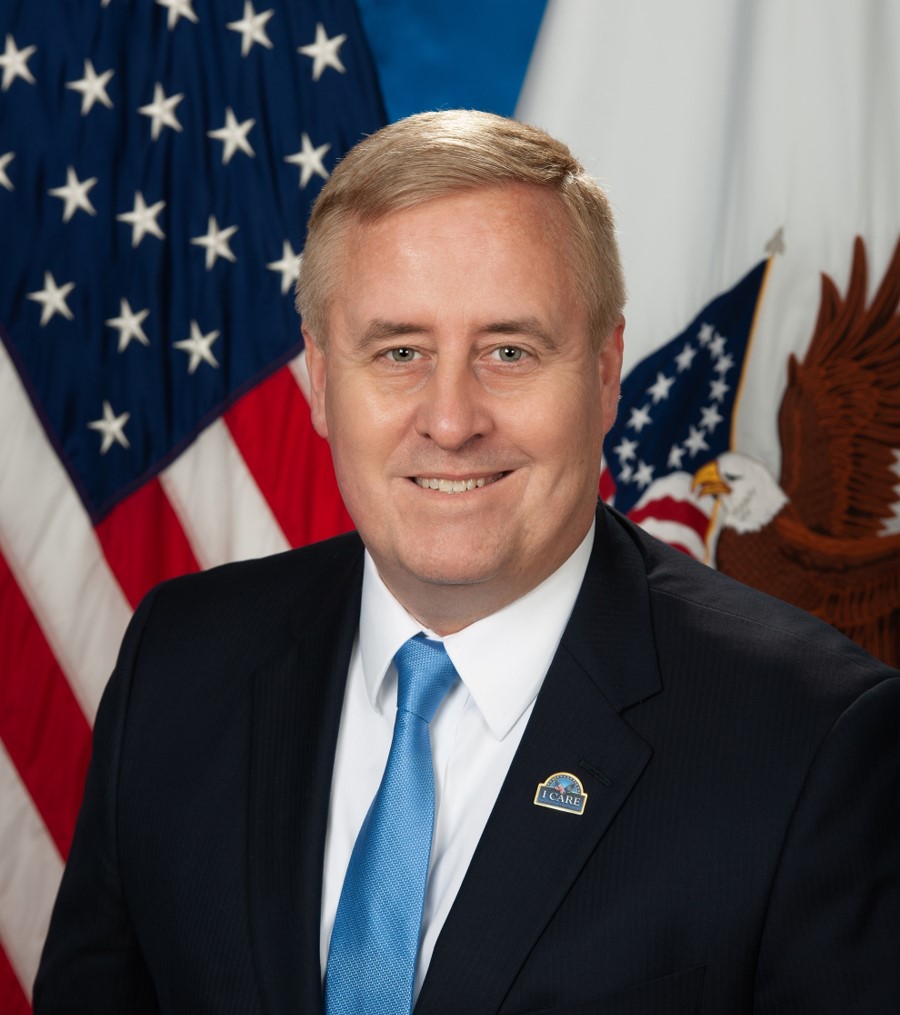 Asst. Sec. for IT and Chief Information Officer, Department of Veteran Affairs

James P. Gfrerer was nominated by President Donald J. Trump to serve as the Assistant Secretary for Information and Technology and Chief Information Officer and was confirmed by the United States Senate on January 2, 2019.

As Assistant Secretary, he leads a team of more than 8,000 employees and 8,000 contractors in the Office of Information and Technology (OIT) to deliver technologies and services that improve the Veteran experience. OIT manages an IT budget of $4.2 Billion in support of the Veterans Benefits, Veterans Health, and National Cemetery Administrations and the entire $200 Billion VA System. In this largest centralized IT organization in the Federal space, OIT executes the enterprise IT strategy, transforms the business, operates the network infrastructure, and secures all applications and systems.

Prior to joining VA, Mr. Gfrerer was an Executive Director with a Big Four professional services firm for over three years. As a leader in the firm’s Advisory and Cybersecurity Practices he and his teams assisted commercial sector clients in business process optimization, risk management, cyber risk transformation, and managed services outsourcing. He worked in numerous industry sectors including industrial products, manufacturing, aerospace and defense, and healthcare.

Ahead of his commercial sector tenure, Mr. Gfrerer was an active duty Marine Corps Officer, rising to the rank of Colonel. Throughout his 28 years of service, his assignments included specialties such as infantry, IT, training, and cybersecurity. He served as a Marine Corps-wide System Support Officer, supervising IT and decision-support systems, migrating legacy systems to web- and micro-based applications, and developing early mobile applications. In his operational tours, he commanded at every level, including four combat tours in Kuwait, Iraq, and Haiti. His final active duty assignment was as a DoD Detailee to the Department of State, where he was a Senior Executive in Counterterrorism Communications and a Senior Military Advisor and Cybersecurity leader for an Undersecretary.

Mr. Gfrerer earned his Master of Science in National Resource Strategy Management (Information Communication Technology Concentration) from the Industrial College of the Armed Forces and his CIO Certificate from the Information Resource Management College at the National Defense University, both as distinguished graduate. He earned his Bachelor of Science in Computer Science from the U.S. Naval Academy. He is Lean Six Sigma certified and a member of the Information System Audit and Control Association.